Did you know that Miffy’s ‘home town’ is Utrecht, in Holland? There are lots of Miffy sights dotted around the city which are easy and fun to spot!

Utrecht is easy to get to – just a short train ride from Schipol airport, so it is a perfect destination to include during a visit to the Netherlands this summer. 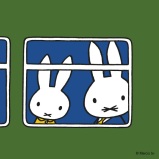 As soon as you hop off of the train in Utrecht Centraal Station you’ll be able to see a statue of Miffy which was used during the Grand Départ of the Tour de France, held in 2015 in Utrecht.

Ready… steady… Miffy! Not many people know that there are Miffy-shaped traffic lights in Utrecht. The lights are on the Lange Viestraat – a ten minute walk away from the Utrecht Centraal train station. 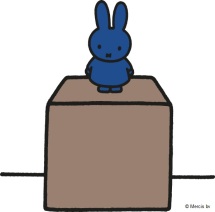 Miffy is such a well-loved character in Holland that they named a whole square after her! The nijntje Pleintje – otherwise known as the Little Miffy Square – is a 10 minute walk from the Miffy Traffic Lights. The square is home to a Miffy statue created by Dick Bruna’s son, Marc Bruna, which stands at the beginning of the Van Asch van Wijckskade. 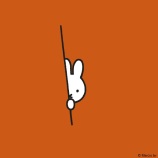 From the Miffy Square, walk 10 minutes further to Jeruzalemstraat and look out for the little Miffy mosaic showing Miffy peeking around the wall of Dick Bruna’s old studio location. 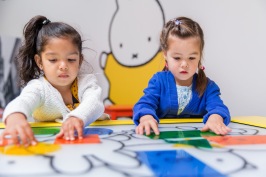 The rooms at the Miffy Museum are each dedicated to a different subject, forming miniature worlds full of interactive activities. Whilst at the zoo, you can play with all the animals whether they’re wild or tame. When you go to the doctor, the doctor examines your eyes and ears.

On leaving the museum, check out the gift shop which has plenty of Miffy treasure. Then head outside to find the perfect spot for selfies – a giant, brightly coloured statue of Miffy (part of the Miffy Art Parade which was held last summer).

There are lots more family-friendly places where children can discover the little bunny beyond Utrecht – it’s always fun to venture a little further out! 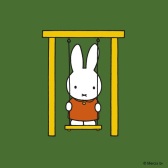 Drive an hour west from Utrecht to The Hague, where you find Madurodam, a well-known park which showcases famous monuments of Holland in miniature. Here there is a new Miffy playground, complete with a reading corner and an arts and crafts table.

There is even a giant Miffy and Nina statue – perfect for photo opportunities.

From Madurodam, take a 40 minute drive to the world famous Keukenhof Gardens where you will find a Miffy playhouse and play area within the picturesque grounds.

Amongst the millions of flowering tulips on display, keep your eyes peeled for the Miffy Tulip. Tulipa Nijntje is a special variety grown to mark Miffy’s 60th anniversary, matching Dick Bruna’s colours exactly!

Miffy at the Seaside 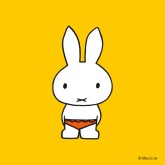 From Keukenhof you can drive along the scenic north sea coast until you reach Egmond aan Zee.

Here, you can visit the spot where Miffy was first created, when Dick Bruna was on holiday in 1955. Along the beach during summer, there are markers featuring DB’s illustrations on top so families can orientate themselves.

When your sightseeing in the capital is coming to an end, make sure you visit the Miffy shop in Amsterdam which has a full range of stylish merchandise available. For more information, please click HERE.

There are regular flights from all main UK airports to Schiphol, Amsterdam. Airlines include: British Airways, KLM, and Easyjet.